Carriers is a 2009 film created as a survival horror movie.

The film starts out with four friends riding down a empty interstate highway in a stolen Mercedes, spray painted as the road warrior.

They have a plan to travel to deep Florida to wait out the infection until its all clear once again, however nothing goes as planned as they face a turmoil and choices that test their very humanity.

Comparing the movie to the current pandemic situation we can only hope that the world never gets to this point as it would mean a majority of humans would have gone extinct due to viral infection.

We suggest that horror fans who are interested in movies relating to the current world events with cornavirus then this one is much like the film contagion at the latest stage of the pandemic.

So cozy up in your lock down and pop on this film you will more than likely enjoy carriers during the covid-19 isolation events.

The main thing is that if you are living in a part of the world currently on lockdown, please respect the guidelines of your local medical officers and stay inside.

Leave it to us at Horror Facts to find you movies and news on the pandemic to keep you horror movie fans entertained during the covid-19 outbreak.

Stay safe everyone its a very mad world.

Director: David Pastor, Ãlex PastorWriter: Ãlex Pastor, David PastorStars: Chris Pine, Piper Perabo, Lou Taylor PucciSummary: In a world devastated by an outbreak, Brian, his girlfriend Bobby, his brother Danny and their friend, Kate, are heading to a beach where the brothers spent their childhood vacations expecting it to be a sanctuary. When their car breaks down on the road in the desert, they negotiate with a man called Frank, who is also stranded but without gas. He is trying to get his daughter Jodie to the hospital (she is infected with a disease of some kind), they all decide to travel together. During the journey, massive moral dilemmas arise, as events head into a downward spiral. —Claudio Carvalho, Rio de Janeiro, Brazil 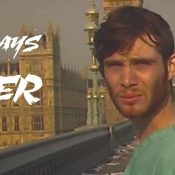 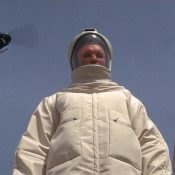 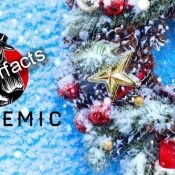