Like many other people, I was excited to learn that an alleged sequel to 2016’s very well received and successful film Train to Busan had been announced. Unfortunately that excitement was gone almost as quickly as the first sequence of the movie had finished. I do not wish to sound unnecessarily harsh, however, this movie does NOT live up to its predecessor.  Okay, I take it back, I probably WILL be a little harsh. Strap in kids here goes nothing…

Train to Busan Presents: Peninsula is directed by Sang-ho Yeon who also directed the original Train to Busan. Peninsula starts in Korea… well, I think that’s about all that the two movies have in common. On the surface, if the story had stuck closer to the original premise of Train to Busan, it could have had a much greater chance at success the second time around. But that is not the direction this movie went in at all. The people responsible for this movie decided to go big or go home, and in my own humble opinion, it did not work out very well in the end.

When I say they decided to go big, I am referring to the story and settings of the movie in general. Peninsula is a stand-alone sequel. The movie takes place 4 years in the future after the original movie had left off. The zombie apocalypse has already occurred and we are now following a Korean military officer as one of the main characters. He is focused on trying to get family members to safety when he is suddenly thrust into a struggle for survival. He goes on a mission to retrieve a truck full of money which is located in the wastelands of South Korea, and zombie-filled hijinks ensue.

To understand the shortcomings of Peninsula, you must first look back to the Train to Busan. In the first movie, the majority of the action takes place either inside train cars, or very near train cars. There are a few exterior shots of the cityscape or countryside, but for the most part, the movie has limited physical locations, wonderful physical & makeup effects and stunts, and a believable assortment of characters for the viewer to either love or hate. The simplicity of the storyline coupled with great actors, great special effects, and the viewer’s connection to the characters all led to the creation of a wonderful and original movie.

But then somebody decided that since the first one did well, maybe they could do it again. Only this time the dynamics were all wrong. The story takes place several years after the last movie left off, which means they have to show what has been happening since the last movie ended. How do you accomplish this? CUT TO: a post-apocalyptic style landscape complete with miles of rubble, discarded vehicles, and so much more. With a variety of aerial shots showing death and destruction. Complete with large scale filming locations, complicated sets, and major disruptions to the daily life of the people who live where this was filmed. Can’t you simply use computer-generated images and skip all that other stuff? I highly doubt anyone would be able to tell the difference between real locations and ones made on a computer…

Imagine Sharknado, wait no that’s not fair to Sharknado. Okay, imagine Sharknado 3: Oh Hell No! level CGI quality, mixed with Fast and the Furious Part 8 plot and storyline. Now add in a generous helping of generic fast-moving-28 Days Later zombies, and throw in the necessity of reading subtitles if you don’t speak Korean. That gives a pretty good idea of how it felt to watch this movie for me.

To be fair, Peninsula is more of what I would consider an action movie full of zombies. It just feels incredibly underwhelming as a whole. I am not a big fan of made-for-cable type movies, but sometimes they are at least watchable enough to pass some down-time while waiting for an appointment or a flight. That is squarely where I would place Train to Busan Presents: Peninsula.

See also  Blood Quantum, the recent zombie movie to come out of Canada, tries to stand out, but never really hits its mark. 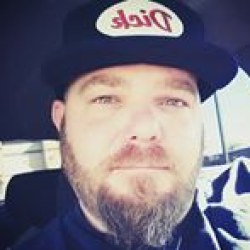 Ian McGee
Ian McGee. Gen X. Equal parts Man-Child/Cuddly Bear/Fierce defender of the weak. Dad and Husband. Lover of movies, music, jokes, food, good booze, and great conversation. Hello to any and all of my fellow horror movie aficionados out there on the ol’ inter-webs.