Back in June, Horror Facts posted an article about the upcoming horror movie, ‘Karli,’ by Mike Clarke and Paul Gerrard.

The film tells the story of Amanda (Jennifer K Preston) who, after witnessing the brutal murder of her husband, decides to start a new life with her teenage daughter, Karli (Isabella Percival).

Together, the pair set up a new business in the countryside, running a picturesque bed & breakfast far away from the hustle and bustle of city life. But, before they have even have a chance to open, their lives are interrupted by the arrival of Kyle (Damien Ashley), who pleads for a room for the night after his car allegedly breaks down.

The one night eventually turns into more and soon, Karli begins to notice that something isn’t quite right about their guest who, before long, admits that he is on the run and desperately seeking asylum from a creature called The Unnamed that has been hunting him with its terrifying horde.

Is Kyle telling the truth or is it all an elaborate scam?

At the time of the original article, a thirty-six second teaser trailer for ‘Karli’ had just been released, giving us our first glimpse into the film that is being described as a “shocking and terrifying supernatural take on the home invasion genre.”

Now we at Horror Facts are pleased to announce that we had the opportunity to speak with the duo behind the film that promises to “harken back to the days of the early 80’s horror.”

Horror Facts: What inspired you to make ‘Karli’ a home-invasion style movie?

Mike Clarke:  Both Paul and I had been wanting to get a horror movie made for quite some time. We had a couple of movies close to starting in the past, but for some reason or another, they fell through. Instead of waving the white flag, we set out to make something without relying too much on others. With minimal budget, and a small available crew, the idea was to create a horror that can be confined to a single location for much of the runtime.

HF: How will ‘Karli’ differentiate itself from other home invasion movies?

MC: Whilst home-invasion movies are plentiful in the horror genre, we decided to put a real spin on the tried-and-tested formula; where both a supernatural threat collides with one that is very much human. The idea of having your life threatened in your very own home is one that resonates with people, no matter the language barrier or cultural divide. Having your own personal space invaded from outside forces is a scary situation for everyone. We wanted to take that fear and build upon it.

HF: Can you elaborate further on the statement made about ‘Karli’ being a movie that “harkens back to the days of the early 80’s horror”? What in particular about ‘Karli’ is reminiscent of the ‘80s style of filmmaking? Because let’s be honest, the ’80s was a great decade for the horror film industry.

MC: Before I even thought about picking up a camera, I was a movie fan. As a child, there was no better feeling than visiting the local video shop, taking in the smell of the building, and seeing the latest horror videos on offer with their amazing box art on show. Whilst there have been some incredible horror films released in recent years, it’s no secret that the 1970s and 1980s arguably produced the greatest horrors ever. Our idea was to try and relive that feeling of watching a new horror back then.

Paul Gerrard: I love the imagination behind horror in the 80s. When horror didn’t have to rely on jump scares and gore. They created characters that became iconic. Creating characters is what I love to do above everything else.

HF: We only got a quick glimpse of “The Unnamed” during the teaser trailer, but we’re left with so many questions regarding this creature and I was wondering if you were able to reveal anything about him?

MC: Like Paul said, the 80s gave us some iconic horror characters. We wanted to create our own character that people would want to learn more about. Whilst we can’t go too much into detail right now, so not to give away the story, Kyle, played by Damien Ashley, believes he is being hunted by a supernatural killer called The Unnamed, along with his followers. We longed to make a horror icon. Will he become one? Well, that is yet to be seen, but we have our hopes.

HF: Where did the inspiration for this nightmarish creature come from? Is he based on anything or is he a completely original idea?

PG: Yes. He is an original character with his own mythology. We spent many a night debating and conjuring this interactive, and somewhat disturbing, mythology. Whilst his story is not thrown in to the face of the viewers, we have subtly woven his tale into the narrative.

HF: How did the idea of this creature come to you?

MC: Through teamwork. I gave The Unnamed a voice and purpose, whilst Paul actually came up with the name and look. We both wanted the character to be threatening, even when he is doing little, so that is why we cast Tony Moran as the supernatural antagonist. This is not the same Tony Moran who infamously played Michael Myers in Halloween, though, this is a different actor with the same name. Our Tony Moran stands at six foot seven inches and was a British boxing champion and mixed martial artist.

PG: Without giving too much away, I am a big fan of distorting the human face on many levels. To play around with what it means to be human, and how we connect with one another.

HF: The same goes for “The Unnamed’s” horde of followers. We only get a quick glimpse of them during the teaser trailer. Is there anything you could reveal about them? Are they human or something else?

MC: Let’s just say, we wanted to make The Unnamed’s horde just as scary as The Unnamed himself. This is a group of killers who do his bidding and will stop at nothing to both please him, and to find their prey. Whilst they all look and act very similar, we wanted one, a sort of “Second-in-Command” to stand out, and that is where The Old Woman comes in to play. Are they human or something else? Well, you will just have to watch to find out.

HF: Paul Gerrard noted that the film will be compared to Hellraiser. Was that intentional, or just by coincidence?

PG: It is intentional in that it harkens back to what we mentioned earlier: imaginative horror of the 80s. Hopefully, like with Hellraiser, you will want to see more of The Unnamed’s world and to peel back the layers to learn more of the mythology.

HF: Did any of Clive Barker’s work or filming style have an influence on you making ‘Karli’?

PG: No, we had a clear direction of our own that we wanted to explore.

MC: I wouldn’t say directly influence, but we are fans of his works. The likes of Hellraiser, Candyman, and Lord of Illusions did play a big part in our love of horror growing up. Then again, so did the works of John Carpenter, Wes Craven, Dario Argento, Alfred Hitchcock, Mario Bava, David Cronenberg and others.

HF: When Paul Gerrard stated that he would be back with a “vengeance,” Is ‘Karli’ that vengeance?

PG: Karli is a door to a world of vengeance. That door has slowly creaked open and I am asking you to have a peek inside. This is just the beginning.

HF: I know an official release date has not been announced for ‘Karli,’ but can you give us an idea of when we can hope to see ‘Karli’?

MC: With what has been going on in the world this past two years, we can’t give an exact date right now, but I can say it will be here very soon.

We at Horror Facts would like to thank Mike and Paul for taking the time to chat with us and share some insight into the process it took to bring ‘Karli’ to life, as well as provide us with some exclusive details into “The Unnamed,” a creature who has intrigued us since we were first introduced to him back in June.

With a movie that promises to tap into the ‘80’s vein of horror movies, you can be sure the Horror Facts crew will be lining up to see ‘Karli’ once it’s officially released.

As more information on ‘Karli’ becomes available, Horror Facts will be sure to report it. 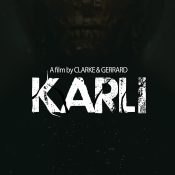 Paul Gerrard Back With a Vengeance With New Film ‘Karli’ 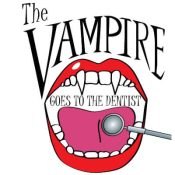 [Interview] The Vampire Goes To The Dentist children’s book. 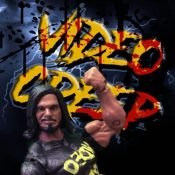 An Interview With a Video Creep. HorrorFacts sits down and gets cozy with YouTuber Michael Pinero. 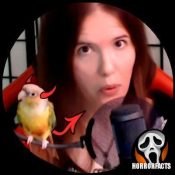 So this looks interesting where can I watch this movie?