Universal Pictures Home Entertainment presents LAST NIGHT IN SOHO, a tribute to 1960s London from the acclaimed director of Baby Driver, Shaun of the Dead and The World’s End. LAST NIGHT IN SOHO will be available on Digital January 4, 2022 and on 4K Ultra HD, Blu-rayTM and DVD January 18, 2022. The film has been described as “a stunning achievement of filmmaking” by the Los Angeles Times, and is brimming with thrills, suspense, and classic film and music in every frame. Experience the cinematic masterpiece for yourself, including exclusive bonus content, including never-before-seen deleted scenes, behind-the-scenes excerpts and feature commentaries about the movie’s intoxicating nostalgia, flair, and suspense.

The premise of Edgar Wright’s psychological thriller is that Eloise (Thomasin McKenzie, Jojo Rabbit, Old) is able to enter the 1960s, where she meets a dazzling wannabe singer named Sandie (Anya Taylor-Joy, Emma, “The Queen’s Gambit”). As the glamour fades, the dreams of the past splinter and crack into something far darker.

MAKING OF FEATURETTES’MEET ELOISE’ – An in-depth look at the character of Eloise and the challenges shot star Thomasin McKenzie faced in bringing her to life.

DREAMING OF SANDIE – A look at the characters of Jack and Sandie and why Anya Taylor-Joy and Matt Smith were perfect actors for the era.

THE SMOKE AND MIRRORS CREW – The cast and crew deconstruct how lighting, makeup, special effects, and creative camera work are used to create a collision between this present day and the 1960’s.

STREETS OF SOHO – The cast and crew discuss the importance of shooting on location, as well as the challenges of bringing the city streets back in time.TIME TRAVELING – A look at how the film’s music, costume design, and production design work together to immerse the audience in 1960’s Soho.

There will be a 4K UHD release as well as Blu-ray, DVD, and Digital versions of LAST NIGHT IN SOHO.

Watching movies in 4K Ultra HD is the ultimate movie watching experience. High Dynamic Range (HDR) and 4K resolution make up the combination of 4K quality.Blu-ray™ unleashes the power of your HDTV and is the best way to watch movies at home, featuring 6X the picture resolution of DVD, exclusive extras and theater-quality surround sound.

Watching movies on a digital device gives fans the flexibility to watch wherever they are. Users can instantly buy or rent.

The Movies Anywhere Digital App simplifies and enhances the digital movie collection and viewing experience by allowing consumers to access their favorite digital movies in one place when they are purchased or redeemed from participating digital retailers.

Additionally, consumers may redeem digital copy codes found in eligible Blu-rayTM and DVD disc packages from participating studios and stream or download them through Movies Anywhere. Only American residents can access Movies Anywhere.

Last Night in soho “You willing to work your way up?” [review] 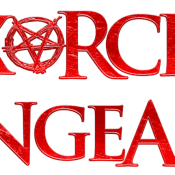 Wrath Of The Lich King For WordPress