Ellsworth talks to ComingSoon: “(It) was thought of as a direct sequel mostly to the first film—not discounting the second one by any stretch, but I saw it as very much a passing-the-baton story, staying in the tone of the original. I think that helped get me the job: I said, ‘Yeah, there’s a lot of humor in the movie, helped by the classic Jerry Goldsmith score that gives us a license to laugh, but it’s first and foremost a horror movie.’ These little creatures—what they’re really doing, they’re cold-blooded little murderers, you know? They’re psychotic little creatures that are killing everybody. So that’s where it all started…I tried to preserve the humor, but at the same time, I was starting with the foundation of this being a horror movie, which I was really thrilled about.”

He adds: “I became friendly along the way with Zach Galligan, the original Billy Peltzer, and he was so eager to return to the role. He was excited, I guess, by the idea that he and Gizmo should be the equivalent of Han Solo and Chewie in Star Wars: The Force Awakens. And he wasn’t too far off from where we were going. There was, I believe, a smaller role for Billy’s girlfriend, played [in the first two movies] by Phoebe Cates. But Gizmo was at the very core of the story; it explored more of the mythology and the history of the Gremlins.”

Lastly, he says: “It’s one of those situations where it fell through the cracks, or they couldn’t put it together—who knows what happened? You know, some things see the light of day and some things get shelved. I have no idea what they’re doing with it nowadays, but I hope, as everybody does, that something happens, whether it’s with my script or somebody else’s. I wish they could have done something with it for the [first movie’s] 35th anniversary last year.”

There is however a HBO Max gremlins on the way so stay tuned for more details on that one.

Sid Haig: Remembering The Incredible Man Behind The Clown. 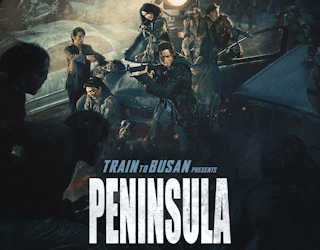 A Second Look Inside The Simpsons Treehouse of Horror; Part 2, Episodes V-VII

Sid Haig: Remembering The Incredible Man Behind The Clown.

Interview With The Author: David Sodergren

A Look Into The Simpsons Treehouse of Horror I-XXXI: Part I, Episodes I-IV.

September 13, 2020 Jordan Ferraro
We use cookies to ensure that we give you the best experience on our website. If you continue to use this site we will assume that you are happy with it.Ok