I’m going to dive deep into the sub-genres of horror to find the true sub-sub-genres, and no… not submarine horror. I’m going to take a look at Hockey Horror. I am born and raised Canadian, I like beer, poutine, nanaimo bars, maple syrup, snow, the Great Lakes and of course, the best game you can name, the good ol’ hockey game.
The NHL playoffs are finally set in motion during this pandemic shortened season, with teams whom jockeyed for playoff position while others fought tooth and nail for a date to the dance.

I don’t necessarily think of hockey as a horrific sport nor do I find the attire, skates excluded, an ounce bit scary. If I were to look at the game with a layman style approach, I would see men or women aggressively skating around a sheet of ice on sharpened razor blades attached to their feet wielding carbon fiber sticks fighting each other over a rubber disk. LAYMAN.

I have watched my beloved team play all 82 games, plus playoffs for the last seven straight years. I am a Boston Bruin, my heart bleeds black and gold, and I live in a heaping pile of Maple Leafs. Its an understatement to say I simply love hockey. Just like horror, I live and breathe it. I could talk about these two subjects separately for hours on end. It is not just a silly sport or grotesque genre, it is an escape, and a safe space at home where I am completely free of the stresses of my own life. It is memories and family. It is good food to get you through the dog days of winter. It is my vitamin D. It is seamless relief. I have seen film and sports pull people together and push people apart, and for that reason they are special and nonetheless a beautifully powerful thing.

Through the 574+ consecutive hockey games I have watched, there has certainly been some horrific moments. I would like to underscore a couple of those:

1. Adam McQuaid taking a skate blade to the neck by his own teammate…and then finishes his shift. These guys are tough and this guy is one of the toughest, but that could have ended even worse than the 25 stitches he received after heading down the tunnel.

2. Saint Patrice Bergeron dangerously concussed after a bad hit from behind. This man will go down as one of the greatest Bruins of all time, but this could have been an early career ending hit.

And of course their have been the renowned instances that have left many players in detrimental circumstances that are naturally heartbreaking and horrifying. Such as, former Buffalo Sabres goaltender Clint Malarchuk suffering a severed jugular vein injury due to a skate blade hitting his unprotected neck.

This is real, and uncensored. So please, scroll passed this video if you do not wish to see.

And no, I absolutely do not want to exploit these players in any shape or form but only bring to attention the potential real-life horrors involved in the risk of the sport. Now, I would like to highlight the usage of hockey paraphernalia and themes within the horror genre of film.

The most iconic example of this would have to be the one and only, Mr. Jason Voorhees. The goalie mask that he begins to sport in Friday the 13th: Part III has since become a trademark, almost like the a Voorhees “coat of arms”…or something like that. We were used to seeing Jason in a burlap sack mask in the previous film because we’d be silly to think he was the killer in the original(yes, refer back to the opening sequence in Scream or just watch the damn movie again). After the fight with Donnie, the pot-smokin’-playboy-magazine-observin’ dude in Part II where his mask had been ripped off, JV goes to pick up his burlap sack but then find a goalie mask sitting in a crate. The original idea for this scene was to have Donnie wearing the goalie mask as he sparks up his joint only to have Jason behead him while admiring his head gear. Assuming he could probably see better through a goalie mask than a burlap sack and the sheer stability needed to be able to withstand rubber pucks to the face, I would think was a major selling point for him.

While I’m on a roll with eminence and everything that surrounds it in the form of the Great Hockey Mask Killer then I may as well stay the course and take this time to talk about one of my favorite little kills in horror movie history. Another genre legend. Some would say that the obvious choice is Michael Myers as the superior madman. This is on full display when Jimmy Howell, the seventeen year old victim of Michael was found by neighbor Marion Whittington with an ice skate rooted to his face. This had to have been Michael’s youngest victim and one of my favorite kills. Jimmy’s death was possibly due to his mischaracterization of the actual events that took place in Marion’s house when he went to investigate her reported burglary.

Lastly, a little something off the cuff, a lesser known gem?…Well, maybe not exactly that but you know. It’s fun. This movie needs no introduction and it goes by the name of Ahockalypse. It is a zombie hockey film or a hockey zombie film, maybe a zockey film? Either way it’s a film that involves both hockey and zombies, and I have to say it’s a lot of damn fun. After winning their minor league championship, the tight knit hockey team must fight their way through a zombie apocalypse. The hockey scenes are well-done and encase some pretty realistic hockey moments, there is some raunchy comedy in here, not chalked full of great practicals but serviceable enough. A pretty easy watch with some buds and some suds.

When I think of hockey, I think of the fall and winter seasons, when the days are short, the nights are long and the beer flows like water. Horror is best indulged during these same months when the popcorn is hot and the corn stalks are dry, especially when the year has been backwards regardless of the weather outside, it is starting to feel a lot like fall inside the cockles of my black and gold heart.

Let me know how hockey, or sports in general make you feel. Let me know your favorite season for horror.
Most importantly, hockey fan or not, which team are you on? Take a look at the article link below from Brobible and check out the amazing artwork by ak47Studios and let us know. 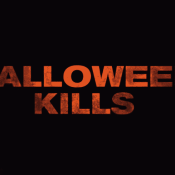 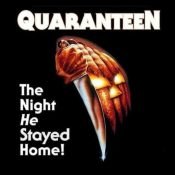 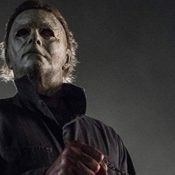 Halloween Kills may be delayed to 2021 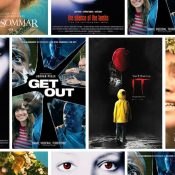