“Have you seen Honey?”

Grant Mazzy (Stephen McHattie), is a local radio host that may very well be on the back nine of his career. From the big city, now jockeying at a slight broadcast station in the small village of Pontypool. An interesting drive into work late one night foreshadows even stranger things to come as Grant, and his two assistants, Sydney (Lisa Houle)and Laurel-Ann (Georgina Reilly) try to make sense of the chaos that is happening outside of the station while quarantining themselves inside. Outbreak? Riot? Or something unsuspecting?

Pontypool is a small village in Ontario, Canada. A part of the amalgamated city of Kawartha Lakes, only about 2 hours from where I am settled in Waterloo Region. This adds to the terror of the movie, with its all too relatable small-town radio host working what may possibly be the only radio broadcast in the area, bringing the small population one of their only sources of local news. Small communities as I’ve noticed live and die by their local news.

The claustrophobia of this movie is enough to rattle me from start to finish. The mysterious and unorthodox transmission of disease, especially at the time of this write-up as I release this during the Covid-19 Global Pandemic, gives me the same “feeling in the air” type vibe that I think we all felt at one time or another during this shocking era. Waking up in the morning to watch and listen to live news feeds that had our nations tuned in together gripping in fear and anxiety, to now in which this circumstance has caused our nations to once again divide in the belief of this virus. I know that this write-up may be just over a decade too late but it feels more relevant now than before. The “conversationalist” enemies are clearly derived by social influence, and excite terror in one of the most important aspects of our life. Conversation. The dialogue and the incremental receiving of important information is an underlying terror that slowly but surely eats away at you, as you find yourself reacting along with the characters as information trickles in.

Is it just because of this current moment in our timeline that I find this film truly unsettling?

The divisiveness of the communities right in our own backyards, be it political, religious or personal morals taken to the nth degree. I think it’s a strong story notwithstanding the sickness that has plagued our conversation, whether it be over social media or everyday interactions. It has become increasingly more prominent and remains as alarming as ever.

In the film, only a percentage of words in the English dictionary become infected, sometimes it’s words of endearment, other times it’s not. Interesting that the nicest words become the most infected, overly used and meaningless. Possibly derived from the hatred we have seen spewed in our time, and generations before or using words too often to understand the true meaning of them. We did not get the ham-fisted attempt at portraying this which entices conversation about this movie, it could be talked about for hours with incredibly different underlying texts.

The acting from the few characters that are involved in the film, whether it be on-screen or a remote voice coming through the airwaves was strong and convincing. Since this movie is shot in the same location and relies on strong performances, screenwriting, and mood to relay it’s scary message, director Bruce McDonald and screenplay writer Tony Burgess do just that. There is a tonne of weight in the script which can certainly be interpreted a few different ways and warrants a thorough re-watch or two. Pontypool isn’t gory, although there is use of great practical effects and a few very disturbing scenes, the atmosphere is creepy and McHattie’s voice simply comforts you through it all.

“Kill is blue. Kill is wonderful. Kill is loving. Kill is baby. Kill is Manet’s Garden. Kill is a beautiful morning.”

The strategy of carefully revealing the threat through tidbits of information and letting the viewer piece them together without the holding of our hand heightens the terror and initiates deep discussion. Allowing the viewer to engage with the film in an articulate way elevates this film above its low budget and sending it into contention for one of Canada’s greatest indie horror films. 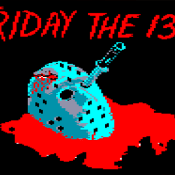 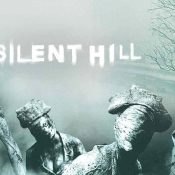 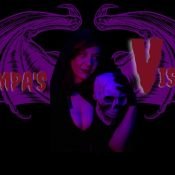